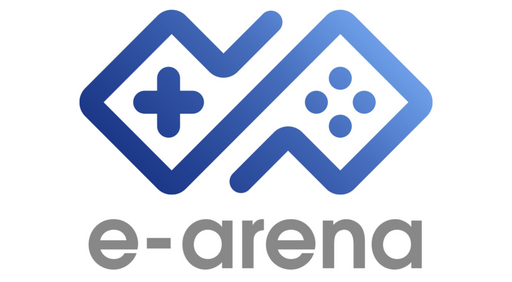 Rotaract was set in motion in Sri Lanka in 1969 under Rotary in Action to make the world a better place. Since then, it has expanded to 85 Rotaract Clubs gathering more than 8000 Rotaractors, engaged in rendering their services in various capacities. Rotaract Clubs of Sri Lanka and Maldives fall under the Rotary International District 3220 and are guided by the Rotaract District Steering Committee.

e-arena is an esports tournament which is initiated by the Rotary International District 3220 under the guidance of the District Rotaract Representative (DRR) Rtn. Rtr. PP. Akhila Wijetunga along with the Joint Directors of the Sports and Recreational Avenue for the year 2021-2022. The tournament aims at empowering e-sports enthusiasts while paving the way for Rotaract in being an e-sports leader in Sri Lanka. Phase 1 of this project was hosted by the Rotaract Clubs of ACBT Kandy, APIIT, Moratuwa, and Pan Colombo.

The purpose of e-arena is to contribute towards Together SL (TSL), which is a community service initiative guided by Rotaract in RID 3220 and to communicate the importance of e-sports in Sri Lanka while also encouraging and recognizing the talents in the e-sports community.

The project executes impactful projects that mainly focus on the Rotary Seven Areas of Focus, fulfilling the infrastructure needs of communities with poor facilities, laying out a sustainable plan for these communities to continue a quality livelihood and fulfilling the basic needs of identified communities and environments and providing suitable solutions.

The panellists, Shalitha Chandraratne – “Acelord”, Geeshan Jayarajah – “Defiance” from Union Gaming, and Raveen Wijayathilake – Managing Director and Founder of Gamer.lk played a prime and very insightful role in help making the panel discussion an informative session. Throughout the session, the Moderator-Sathma Jayasinghe interviewed the panellists with a few eye-opening questions which related to how each panellist joined the gaming journey and what or who inspired them. The panellists were also asked what sort of obstacles they had to face during their journey where Raveen delivered an interesting answer. He stated that the first time he wanted to make e-sports an official game as a national sport, the idea was frowned upon and officials did not understand the concept of e-sports. However, with courage and determination, Raveen has been able to become the CEO of his very own e-sports firm and contributing to enhance its importance amongst the youth of the nation.

Not to forget the amazing pre-talk show sessions which were conducted by two leading gamers in the industry- Mekhala Upamali – “Lara” and Aadil Hafeez “Miracle Monkey” from Noob Alliance. During the pre-talk show, the participating gamers were interviewed and they were able to share their thoughts on their experience and preparations for the tournament.

As the two tournaments came to an end after a tight competition, “nA Frag CodeBlack” was announced as the PUBG Mobile winner and “MOB x KING” as the COD Mobile winner who bagged the sum of Rs. 100, 000 as the grand prize.

Gamer.lk, Win authority, Digital Wire and Unicorn Factory, as official sponsors, supported the tournament immensely to make e-arena phase 1 a grand success. Gamer.LK is a pioneer Sri Lankan gaming, e-sports and digital entertainment community established to bring together gamers of the country and promote e-sports while Win Authority is one of the world’s most reliable hosting providers. Further, they assist creatives and start-ups to get online while Unicorn Factory is one of Sri Lanka’s premier TV shows based on Entrepreneurship.